Procalcitonin (PCT) is the main marker of disorders that are accompanied by sepsis. The PCT levels in blood are elevated during the systemic inflammation. In addition, the concentration of PCT closely correlates with the severity of inflammation, which further supports the diagnostic value of the marker. While in normal conditions the amount of non-cleaved PCT in blood is low, it increases during systemic inflammation and sepsis.

Figure 1. Processing of PCT. PCT is a small prohormone (~13 kDa) consisting of three parts: N-terminal PCT, calcitonin and katacalcin. In normal conditions, the hormonally active calcitonin can be found in blood whereas the basal level of PCT is very low. The “inflammatory” PCT detected in blood during systemic inflammation is not produced in C-cells but is instead produced in other tissue types. 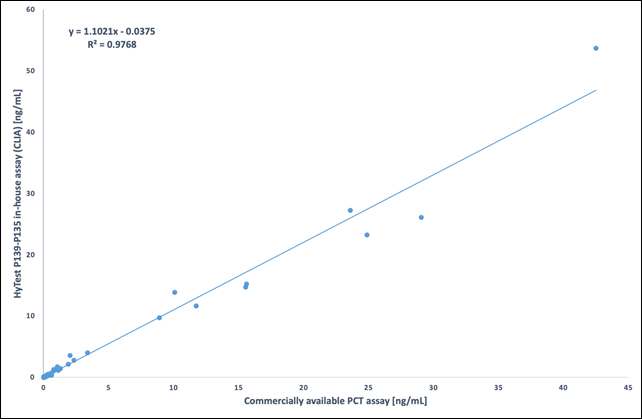 The assay new pairs have no or very low cross-reactivity to calcitonin, katacalcin, CGRP1, and CGRP2. Pair recommendations for the new clones in CLIA and LF platforms are shown in table 1. 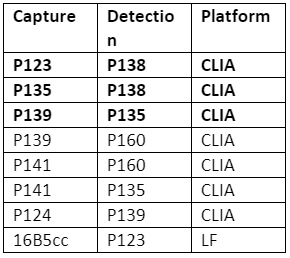