Human C-reactive protein (CRP) is one of the so-called acute phase proteins. CRP is produced in liver and its concentration in blood increases rapidly after a single systemic stimulus and the serum concentrations rise quickly. CRP is a pentamer with a total mass is approximately 120 kDa. The molecule is routinely used as a non-specific marker of inflammation. In plasma the half-life of CRP is about 19 hours and is constant under all health and disease conditions. Therefore, the concentration of circulating CRP is solely dependent on the synthesis rate, which respectively directly reflects the intensity of the pathological processes stimulating the CRP production. 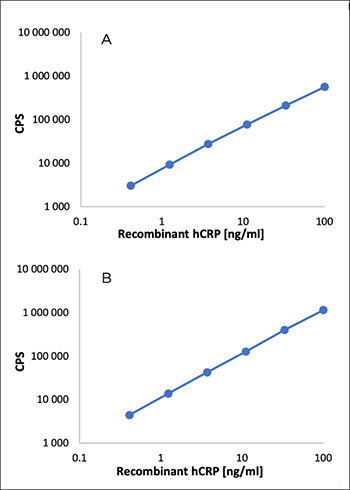 The elevated CRP-levels can be seen in diseases described in Table 1. The routine clinical use of CRP measurement includes for example screening test for organic diseases, assessment of disease activity in inflammatory conditions, diagnosis and management of infections, and differential diagnosis or classification of inflammatory disease. 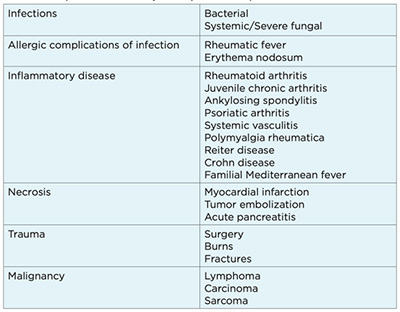