NT-proBNP, a derivative of pro-B-type natriuretic peptide (proBNP), is an established biomarker for heart failure (HF) diagnostics. The concentration of NT-proBNP in blood increase rapidly as a consequence of cardiac wall stretch and correlate with the severity of the disease.

Special Offer!
Evaluate NT-proBNP and BNP MAbs
0,5mg of each FOC*
Read more and
order below >>

HF is a severe clinical and public health problem that is characterized by an increasing prevalence and economic cost. On a global level, the prevalence of HF reaches more than 23 million people. Analysis of NT-proBNP levels are used e.g., for exclusion of HF, risk stratification, and as a prognostic marker of HF.

Our studies have revealed that the majority of antibodies specific to the central part of the NT-proBNP molecule scarcely detect the antigen in human blood samples, which is due to glycosylation of the central part of endogenous NT-proBNP. Glycosylation changes the epitope availability for antibody recognition, subsequently decreasing reliable quantitation of NT-proBNP with such antibodies in commercial assays.

BNP is a peptide hormone with natriuretic, vasodilatory and renin inhibitory properties. The gene encoding for BNP is activated in cardiomyocytes in response to myocardial stretch due to pressure or volume overload.

Similar to NT-proBNP, BNP is associated with chronic heart disease, hypertension and diabetes, and its elevation is among the known risk factors and the prevalence of heart failure (HF) and is associated with significant morbidity and mortality.

BNP is an unstable molecule, and it contains several protease cleavage sites. Especially the N-terminus is highly susceptible to degradation. However, the ring structure of BNP molecule is relatively stable. BNP is secreted into the bloodstream and circulate in human blood, where it is efficiently cleared from the circulation as its half-life is approximately 20 minutes. 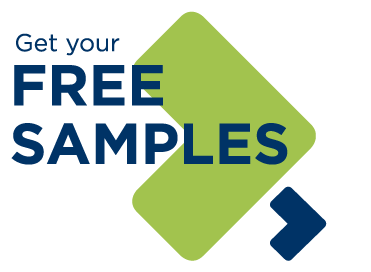 *Offer and Terms: Offer valid 08–12/22. When ordering online, write CARDIAC to the remarks field.
Terms: The special offer opportunity is only available to end users. Institutes and universities are not included in this promotion. The usual shipping and handling costs will still apply. Select invoice or prepayment invoice as a payment method on the checkout page. The opportunity is a one-time evaluation possibility, feedback about the evaluation results is expected and you can get more details by contacting HyTest customer service at hytest@hytest.fi.