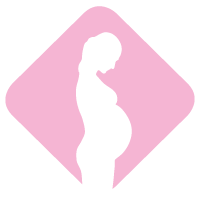 Pregnancy-associated plasma protein-A (PAPP-A) is a metalloprotease that belongs to the metzincin superfamily of zinc peptidases. Its main substrate is the insulin-like growth factor binding protein-4 (IGFBP-4). This cleavage causes the release of bound IGF, which plays an important role in promoting cell differentiation and proliferation. PAPP-A was first identified in the serum of pregnant women, hence its name. It was later shown to be expressed in multiple tissues.

Our new dimeric recombinant human PAPP-A antigen (Cat.# 8PA1) is expressed mammalian cells and contains contains His10-tag. The product has E483A mutation for stabilization of the protein due to the suppression of proteolytic activity and autocleavage. The dimeric recombinant human PAPP-A antigen is immunochemically active in different sandwich immunoassay pairs (Figure 1).